Equalizing With Your Eyes Instead of Your Ears

This little black EQ has been a big “go to” of mine for over 10 years now. I would have to say that close to 98% of the time I use this EQ during my mixes.

I’m not going to use this time to diss the Renaissance EQ, it just happens to be one of my main DAW EQ’s of choice. Its simple to use, I’ve always liked the sound and UI on this EQ, as well as the small amount of processing power it uses up. And I’ve always liked to see the results of what turning the knobs will bring. For some reason, I have always loosely correlated that the stranger the graphic display on an EQ looks after I use it, the better job I did at equalizing the sound. This probably stems from watching engineers mix ‘ITB’ back in the early days and noticing that the EQ curves on their graphic displays were always rather strange looking. My brain almost combines the two actions together (listening and looking at the curve)…. probably to my disservice. I found it’s really hard to not look at times. Even though I started my career on analog equipment, I’ve worked the majority of that career on a DAW, Pro Tools more specifically. I’m used to that workflow and have now come to find it familiar and home.

Recently, I was mixing a song for one of my regular clients and the mix just wasn’t coming out the way I hoped it would. The REQ6 has always helped me get that modern vocal sound for hip hop, rap, and trap music, but this project that I’ve been working on isn’t quite that. The approach needed was a more old school approach. The mix needed a warm, personal, underground kind of sound. That’s probably not the best way to describe it, but you get the idea.

To keep the story to the point, my traditional approach wasn’t working. So, I decided to go back to the drawing board. And what does that exactly mean in the world of digital audio engineering??

ZERO OUT THE FADERS AND REMOVE ALL PLUG INS!

So I decided to start the mix over completely from scratch. Over the last 16 years of engineering, I’ve learned that it’s ok to start over sometimes. Starting over allows you to put your head into a different space, try new things, not be so restricted, which is important when mixing a song. Usually when I make this decision, it is the right thing that is needed for the mix. So what was to be my new approach?

Since I decided I wanted to try and go for more of an old school approach to this mix, I needed to try and emulate the same workflow from that time period. So, just like a real analog console, I decided to use the SAME signal chain on every channel, since a real console has the same equalization and dynamics on every channel. My trusty old Waves SSL 4000 Channel Strip seemed like a good fit for this eclectic approach. 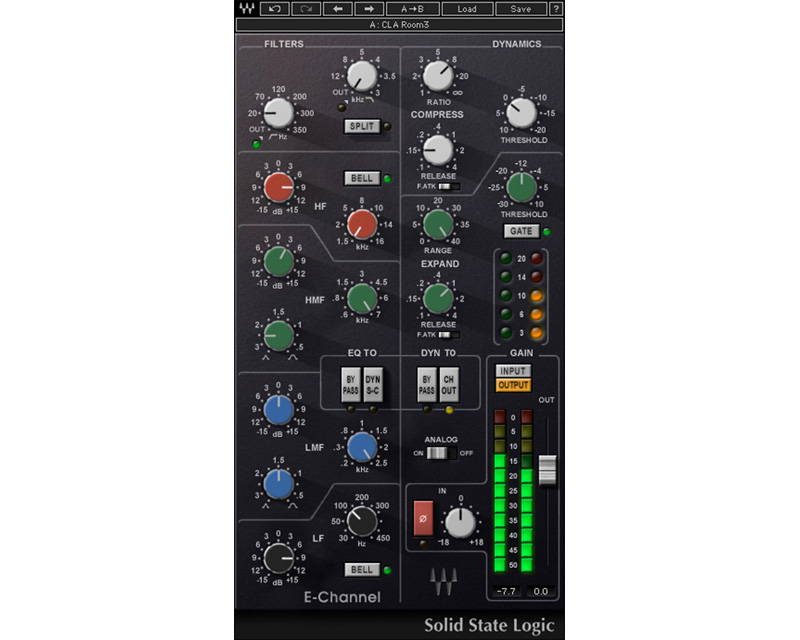 I started the mix over, and after a few hours, it started to sound the way I was hearing it in my head, smooth, fat, and personal. The mix was much warmer and less digital sounding than my first approach. Overall, it was more balanced and sounded pretty analog for a 100% digital ‘ITB’ mix. Because of this approach, I forced myself to really LISTEN, not listen through visual ques and folley. Now just because this approach worked this time around, doesn’t mean it will always work. Each song and genre is different, as well as their requirements for what makes a good mix. What I did learn from this though is that I had become lazy when using equalizers with graphic displays. At times, I found I was using my eyes to eq sounds, and since we can’t listen with our eyes, this was having the occasional adverse effect on my mixes.

So, if you are just starting out your career as a mix engineer, may I highly recommend not getting yourself stuck into the visual part of mixing if you are mixing ‘ITB’. There are times when it is important to see what you are doing, but it is what we hear that makes the overall sound of the mix.

Currently there are no comments related to this article. You have a special honor to be the first commenter. Thanks!